On being together while apart - thank you @ethosITU for your beautiful reflections! #distribute2020 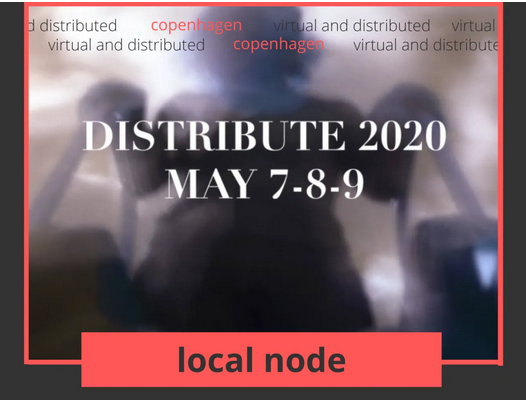 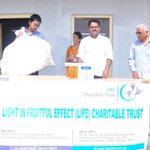 AAA has rightly canceled the face-to-face meeting this fall. Anthropology has a rich archive of other modes of virtual and distributed gathering to draw on, like #distribute2020 from @culanth & @SocietyVisAnth. I chart a history of such alternatives here.

Spring is a time to look ahead in places like where I live on the East Coast of the United States, as people come out of doors and dormant plants...

This was definitely the right decision, a right decision over attempting to switch to a virtual conference. #distribute2020 demonstrated virtual anthro conferences can be great, but something as large as AAA would likely not be. What did #lasa2020 participants think?

Due to the COVID-19 pandemic, we’ve made the decision to cancel our face-to-face Annual Meeting that was originally scheduled for November 17-22 in St. Louis. Read the full statement on our website. https://t.co/ydNoWBBSNw

"I had such a unique experience of being *at* a conference, while in a darkened room whispering a child to sleep." A fascinating account of the virtual node (a knot, they remind us) organized by the @ethosITU Lab in Copenhagen for #distribute2020. 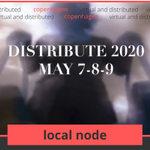 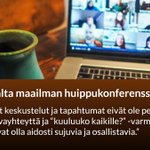 We can't wait to share these plans with you! Stay tuned. 🤓👀 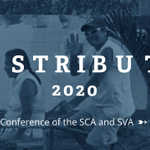 Are you teaching online this fall? The #Distribute2020 team will soon curate a set of teaching tools so you can bring our panelists' beautiful work to your classes! @GabrielDattatre @arjshankar @mayanthileilani @culanth @SocietyVisAnth @anandspandian

Are you teaching online this fall? The #Distribute2020 team will soon curate a set of teaching tools so you can bring our panelists' beautiful work to your classes! @GabrielDattatre @arjshankar @mayanthileilani @culanth @SocietyVisAnth @anandspandian

Welcome to Distribute 2020, a virtual/in-person conference.

The unequal distribution of power and wealth is growing by the day, fascism and racism are on the rise across the world, and entire ecosystems are dying. But, even as threats to life as we know it multiply, revolutionary new forms of redistributive politics are emerging.

We join this rising tide of voices to ask not only how anthropology might respond to these crises but also how to imagine another anthropology into existence. Gather with us from wherever you are for an international experiment in carbon-conscious, radically distributed conferencing.

NOTE: In light of the coronavirus pandemic and worldwide restrictions on in-person gatherings, we have had to rethink our original plan for in-person nodes. We remain committed to an intimate and convivial virtual conference experience through enhanced interactive platforms and, where possible, in-person nodes.

Distribute 2020, presented by the Society for Cultural Anthropology (SCA) and the Society for Visual Anthropology (SVA), is a hybrid experiment in creating community through a combination of virtual conferencing and in-person nodes. It picks up from Displacements 2018, the enormously successful conference produced as a collaboration between SCA and SVA in 2018. Distribute, like Displacements before it, is a virtual and distributed event, with three days of streaming audio-visual panels and local nodes where participants can gather with others, either in-person or virtually, to collectively view the conference. Our theme—Distribute—is therefore both an analytic and an ethic: Distribute 2020 attends to contemporary practices, theories, and forms of distribution and redistribution; and it seeks to re-distribute the conventional conference format as a scholarly and democratic practice, promoting knowledge as a rhizomatic network of exchange. Distribute 2020 is a low-cost, highly accessible, nearly-carbon-neutral conference we hope will pave the way for rethinking the mega-conference model.

Conference travel carries one of the most significant carbon footprints for scholars and academics. At the same time, job precarity and inequitable access to resources within and across universities means that many cannot afford conference travel. Geopolitics, in the form of travel bans and visa restrictions, equally constrains travel for many scholars. Moreover, scholarship remains globally asymmetric, with inequitable conditions of knowledge production and dissemination between the Global North and Global South, and with scholarship produced in the Global North finding an audience in the Global South but not often vice versa.

Building on Displacements 2018, an inaugural experiment by the SCA and SVA in hybrid virtual/in-person conferencing and the first major anthropological conference of its kind, Distribute 2020 hopes to internationalize and democratize anthropological knowledge in an environmentally conscious, nearly-carbon-neutral format that is, not incidentally, financially accessible to those without formal or secure employment and/or to those in the Global South. With panels from around the world by scholars, activists, and artists, we hope to redistribute the way scholarship is produced and consumed, promoting a networked and more democratic model whereby sites in the Global North and Global South become a series of coequal relays in a global configuration of knowledge production and exchange.

Before the coronavirus pandemic, the conference was to be a fully hybrid virtual and in-person gathering. Although we would use a website—rather than a location—as the primary locus for the event, we saw the website as a means to create communities that would be both virtual and embedded, in real time and for the future. A fundamental element of the conference was to be a series of local nodes across the world, where participants would gather together not only to view the conference, but also to join in related activities like workshops, art installations, reading circles, and writing groups before, during, and after the conference. These nodes were meant to conjure the lively in-person sociality that remains one of the best aspects of conference-going. Moreover, rather than a structure of center/periphery, we imagined the conference as a network of nodes that would produce content in the form of panels, which would be streamed for the conference as a whole, and we are grateful to the Wenner-Gren Foundation for having provided us with funding to help nodes in the Global South to produce panels. Indeed, many who submitted panels planned to continue their conversations through local nodes, from Santiago de Chile to Bologna to Delhi to Sydney. The pandemic and restrictions on gatherings has, of course, made in-person local nodes largely impossible in many parts of the world, and we would like to mark that loss for the conference as a whole.

At the same time, the global pandemic has radically changed how we imagine sociality itself, opening up possibilities for lively virtuality and enabling new collectivities, and new modes of being and thinking together, to emerge. Grim necessity has made us resourceful in creating community and forms of care for one another. These communities also often draw in a more diverse set of participants than conferences usually allow for. Local nodes have found creative ways to continue virtually, and we are grateful for their ingenuity. And we have worked to create virtual spaces for democratic engagement and distributed conversation, such as a Zoom Hallway, a Coffee Hours meet-up with senior scholars, and an interactive forum for participants, where they can connect and share ideas, images, text, and commentary with one another, before, during, and after the conference.